A Limerick About The Volcano

One day a volcano erupted
And made the UK much disrupted
But now they've decided
That planes can be flieded
And travel has once more resumpted
Posted by Unknown at 13:27 No comments: Links to this post

Email ThisBlogThis!Share to TwitterShare to FacebookShare to Pinterest
Labels: Me myself and I

How To: Fry an Egg in a Sandwich Toaster

I don't know if this ever happens to you (and if there's one thing I've learned as I've proceeded through life, it's that an alarming number of things are unique to me), but the other week I took a craving for something, and couldn't work out what it was.  I knew what it tasted like, roughly, and I knew that it wasn't a healthy thing, but beyond that I couldn't figure out what it was.  Anyway, long story short, it turned out I was craving a fried egg sandwich.  Which is odd, because I'm fairly sure I've never had  a fried egg sandwich before.  Go figure.

By what can only be described as fortuitous coincidence, my sister had just that week bought a box of eggs entirely to take a photo of them (because she's doing teacher training), and they were still in the fridge.  So I toyed with frying one of them, but realised I couldn't be bothered getting the frying pan out, heating it blah blah blah oh the hassle.

So life moved on, the craving went away, and in all honesty I'd almost forgotten the incident entirely, when I perchanced to be listening to the excellent Dave Gorman podcast, which you should probably all subscribe to.  They had a discussion about things that could be used as other things, and hark! if one suggestion was not about using a toasted sandwich maker to fry eggs.

So I thought I'd give this a go, because it sounded a lot less messy and less hassle than the regular frying pan method, and although the fried egg sandwich craving had long since been replaced by the more regularly-scheduled chocolate craving, it still seemed a worthwhile way to spend a few minutes, in the interests of journalistic research.

And so it is that I can now proudly explain the ins and outs of frying eggs in sandwich toaster.

Step 1: Retrieve sandwich toaster from back of cupboard.  Recoil in disgust at caked-on dirt from last time it was used and you didn't bother cleaning it.  Spend some time removing an amount of surface dirt.  Decide it'll do.  Switch it on and wait for it to heat up. 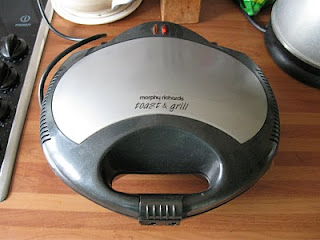 Step 2: Break eggs into sandwich toaster.  If possible, and assuming you have the option, you should use the grill plates with edges to prevent the egg running out the sides.  Also, you may find you can fit 2 eggs into one side of the toaster, thus allowing you to cook 4 eggs at once. 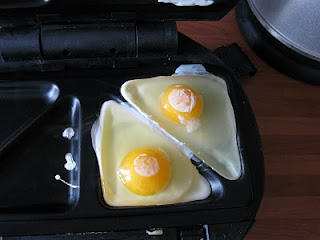 Step 3: Close the lid, and wait for a while.  After several minutes, lift the lid and poke the eggs a bit to see if they're cooked.  Repeat until they are. 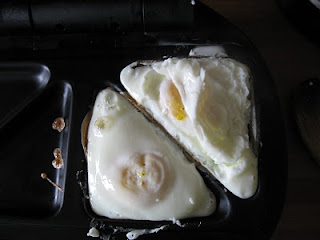 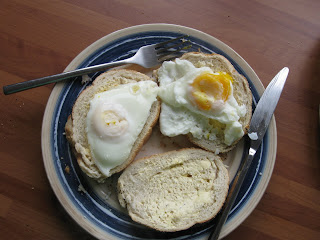 Step 5: Clean sandwich toaster.  Wish that, at step 2, you had thought to add a little oil or grease or something. 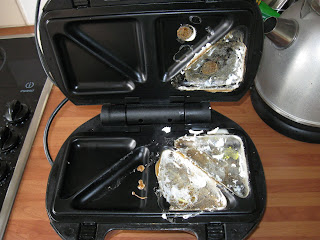 Posted by Unknown at 22:17 8 comments: Links to this post

Email ThisBlogThis!Share to TwitterShare to FacebookShare to Pinterest
Labels: How To

People have been complaining that WhyNotSmile appears to have been sucked into a volcano. Rest assured that this is not the case. I've just been busy, and also there was the volcano. I shall, however, be back soon, with a tale of something I did to some eggs.
Posted by Unknown at 13:33 1 comment: Links to this post

Email ThisBlogThis!Share to TwitterShare to FacebookShare to Pinterest
Labels: Me myself and I

Something You Could Come To

Here's a thing you could come to. It is a Nostalgia Night, for those who wish to relive the hits of the 60s, 70s and 80s.

Also, it costs £5, and I can get you a ticket. Or you can just turn up on the night. But it is better if you buy a ticket, because then we will know how many people are coming and we can make the right amount of food, more or less.
Posted by Unknown at 16:06 No comments: Links to this post

Email ThisBlogThis!Share to TwitterShare to FacebookShare to Pinterest
Labels: Let me entertain you

Invade the Airwaves: A WhyNotSmile Review

But that's not why we're here. Today's discussion is about the current campaign to 'Invade The Airwaves' and get a Christian song to the number one spot for Easter. I keep getting invited to join this campaign; lots of my friends have signed up and seem to expect that I will want to do the same.

Now let me say, I'm not against 'Christian' music being number one, and nor do I have any objections to anyone who likes a song buying it. But nor can I get myself excited about this, and I hereby declare my reasons:

1. What is the point?
Essentially, it seems to be about 'putting Jesus back into Easter'. Leaving aside the irony of putting a Christian festival into a pagan one and then getting a bit huffy when everyone realises that they prefered it when it was about chocolate, is this the best way to put Jesus back into anything other than the charts?

Let's face it, the message of Easter is a glorious one, of resurrection, newness of life, freedom from bondage and renewed relationship with the creator of the universe. If people don't get that, I've a feeling we have a more fundamental problem than that they got distracted by the nice shiny Easter eggs when the preacher paused for breath. I've a feeling that maybe the message of Easter (which is, after all, a not insignificant part of the message of Christianity) is not what people hear when they talk to Christians, because if it was, then I think they'd be keen to know more.

Maybe if we want to put Jesus back in to Easter, we need to live out the Easter message ourselves. I'm not saying don't buy the song. I'm just saying.

Secretly, I suspect that a large part of the campaign (not among the organisers necessarily, but among some of those who've signed up) is about saying 'Hey! Look at us! There are lots of us and we can make our song number 1!'. It's marking our territory. If only the charts were a physical object, rather than an ephemeral concept (that might be wrong, I don't really know what ephemeral means), we could achieve the same thing by just peeing a circle round them. But they aren't and we can't, so instead we have to start a Facebook group, which amounts to a virtual circle of pee, but not as smelly.

2. Can we justifiably describe any music as Christian?
And now my second point: can a piece of music actually be redeemed by the atoning blood of Christ? Can it be said to have made the choice to take up its cross and follow Jesus? Because, if not, then I think we'd have to agree with Richard Dawkins that the music is being unfairly labelled and should be allowed to make its own decision when it grows up.

There is another point to be made here, about how all music comes from God and is a celebration of His creation and so on and so forth, but I can't think of it right now, and anyway, I'm sure Zoomtard has already said it better. Because he does, you know. Say things better.

And so, in conclusion, I do not object to anyone buying the single if they want to, or to it being number one, but I do not think I will buy it myself, and I do not wish to join the Facegroup book is all.
Posted by Unknown at 11:33 4 comments: Links to this post

The Kinds of Things I Write About

The Blogroll in Full

Things That Entertain Me